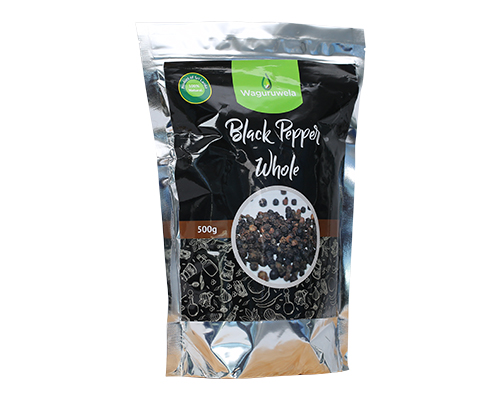 Black and White pepper both are originated in same plant which commonly known as pepper plant or scientifically known as Piper nigrum. Technically both are processed by two different process, black peppercorns are picked when almost ripe and sun-dried, turning the outer layer black but white peppercorns, this outer layer is removed before or after drying, leaving only the inner seed. White pepper tastes hotter than black.

Black pepper is credited with piperline which can helps to prevent the occurrence of cancer also it brings you antioxidants, Vitamin A, flavonoids and carotenes which helps in combating cancer causing free radicals. It aids in digestion, and when a person consumes raw black pepper, hydrochloric acid is released by the stomach, and this helps in breaking down of proteins. The release of hydrochloric acid also helps in cleaning the intestines and helps in combating gastrointestinal diseases.

Stomach disorders such as constipation, colon cancer, diarrhoea and other bacterial diseases are prevented when black pepper is consumed daily. Cold and cough can be cured by adding this spice to herbal tea and consumed two or three times a day. Black pepper good for hair growth and its treat dandruff and it can prevents a skin pigmentation disease called vitiligo. Weight Control, this may be the ideal solution black pepper is rich in phytonutrients and this helps in breaking down excess fat and improves the metabolism of the body. Black pepper relief you from joint pain it is good for prevent arthritis and joint pains.